Published by larrydavies on November 30, 2017

Unless you live in a cave, there is no escape from recent headlines. Women from all walks of life are speaking out and sharing stories of mistreatment and sexual harassment and the shame and embarrassment they’ve lived with. The many thousands of stories spawned a movement called #MeToo, revealing the seriousness of a problem that can no longer be swept under a rug. 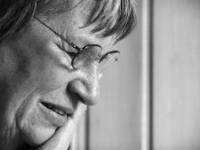 Mistreatment and harassment is nothing new. It’s as old as the Bible and Christmas: “This is how Jesus the Messiah was born. His mother, Mary, was engaged to be married to Joseph. But before the marriage took place, while she was still a virgin, she became pregnant through the power of the Holy Spirit. Joseph, to whom she was engaged, was a righteous man and did not want to disgrace her publicly, so he decided to break the engagement.” – Mat. 1:18-19

Being told Joseph’s future wife is pregnant and he isn’t the father is devastating. But then, Mary claims the Father is God? That’s really hard to believe. Joseph is a kind man but this is too much. In the movie, “Nativity Story” Joseph has a dream. The whole town surrounds Mary. People begin to pick up stones to throw. One man walks over and hands a big rock to Joseph and says, “You first!” Joseph wakes up in a sweat. If Joseph doesn’t do something, that could be Mary’s fate.

Then, Joseph has another dream: “An angel of the Lord appeared. ‘Joseph, son of David,’ the angel said, ‘do not be afraid to take Mary as your wife. For the child within her was conceived by the Holy Spirit. And she will have a son, and you are to name him Jesus, for he will save his people from their sins.’” – Mat. 1:20-21

So, how does the story of Mary and Joseph help us better understand the #MeToo movement?

I’ve been quiet. Why? First, I don’t want to be a “headline to headline” preacher. Second, I wasn’t personally involved in any of the accusations. I’ve not sexually harassed anyone. I try to be encouraging and respectful in the way I treat others. So, why should I get involved?

But God kept nudging me to learn more. I sought out several women and asked each one: “Have you ever been sexually intimidated or harassed?” Each one immediately said, “Yes.” Each had a story. They spoke of humiliation, embarrassment, fear of reprisal or being judged or condemned. Each one told their story as if it happened yesterday and the pain experienced was very real.

The #MeToo movement is a tribute to the victim’s courage to share what happened. But sharing alone is not enough. Just sharing stories will not provoke lasting change. What needs to follow the sharing is a move toward adjusting our behavior and how we treat each other.

Joseph after receiving the comfort of God would become Mary’s defender and continue his engagement and marriage and… well, you know the rest of the story.

Whenever you see mistreatment, it’s safer to ignore it and do nothing. When you raise your voice in defense of others, you put yourself at risk. But retreating will only protect you temporarily and usually leads to more injustice and suffering.

The Old Testament Prophet Isaiah says: “Learn to do good. Work for justice. Help the down and out. Stand up for the homeless. Go to bat for the defenseless.” Isaiah 1:17

Robert Kennedy said: “Justice and kindness are everyone’s business: Each time you stand up for an ideal or act to improve the lot of others or strike out against injustice, you send forth a tiny ripple of hope… and those ripples build a current which can sweep the mightiest walls of oppression and resistance.”

Learn to do good. Work for justice. Help the down and out.

Each time you do, you send forth a tiny ripple of hope.

And the Angel of the Lord says, “Do not be afraid!”

What a week! If this is typical of 2022, we are in for a rough ride. We need a word of encouragement but instead, I am studying Jesus in the Gospel of Luke. Maybe I need to change my topic? Then as the week progressed, I asked questions: