Charlottesville & North Korea: What’s a Christian to Do?

This week’s news took place in North Korea and Charlottesville, Virginia. One event features the blustering of two volatile leaders which threatens nuclear devastation while another vividly displays the racial hatred and animosity still infecting our local communities. 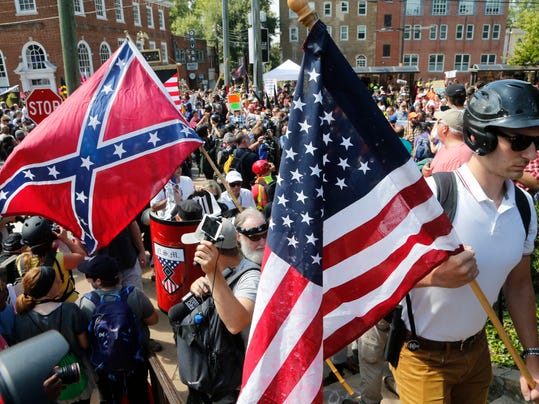 In Charlottesville, a rally drew white nationalists from around the country to protest the removal of a Confederate statue which quickly devolved into hectic brawls later giving way to terror and death when a car plowed into a crowd of anti-racist counter protesters. Officials said a 32-year-old woman was killed and 19 people were treated for injuries suffered during the crash. (Richmond Times-Dispatch)

Gov. Terry McAuliffe said he had a message for “all the white supremacists and the Nazis who came into Charlottesville: Go home. You are not wanted in this great commonwealth.” Maurice Jones, the city manager, looked stricken. “Hate came to our town today in a way that we had feared but had never really let ourselves imagine would,” he said. (Washington Post)

In North Korea, as President Trump ramps up his bellicose rhetoric toward Kim Jong Un, leaders and ordinary citizens across Asia are watching with various states of alarm, unsure which man poses a greater danger to their safety. North Korea’s threat to develop a plan by mid-August to launch four ballistic missiles in waters near Guam threatens not only the 7,000 US troops and 160,000 residents but others in the Asian Pacific region. (USA Today)

In Ho Chi Minh City, Dang Nguyen, 26, an associate professor, said most people aren’t discussing the threat of war breaking out in the region too seriously, but many are confounded by the impulsiveness of both leaders. “Who’s the bad guy — the president of the United States or Kim Jong-un?” (USA Today)

Both events dramatically illustrate the tension, hatred, animosity, win-at-any-cost, put downs, shut downs, take-no-prisoners attitude of leaders and citizens alike. But those same qualities should never be used to label those of us who serve Jesus Christ. We can and must do better.

Recently, I’ve been studying the book of Jonah in the Bible. Jonah is the the guy thrown off the boat, swallowed by a fish and lived to tell the tale. Christians get caught up arguing whether the story is factual or a parable. What’s interesting is that whichever side you choose, misses the main point.

After the fish episode, God sent Jonah to Nineveh, a major city that conquered and enslaved many of the Jews. For three days, Jonah warned that their city would be destroyed if they did not repent. The entire city listened and repented. But, Is Jonah happy? No! He’s miserable! Why? Because he hated Nineveh and wanted them destroyed. He said to God, “I knew you were a gracious and compassionate God, slow to get angry and filled with unfailing love.” (Jonah 4:2-3)

Jonah, furious, builds a shelter outside the city still hoping Nineveh will be destroyed. God provides a leafy plant to provide shade from the hot sun. But, the next day, a worm eats the stem and the plant dies. The afternoon is a scorcher and Jonah grows faint and cries out, “Death is better than this!”

The lesson? God says to Jonah: “You feel sorry about the plant, though you did nothing to put it there. And a plant is only at best, short lived. But Nineveh has more than 120,000 people living in spiritual darkness, not to mention all the animals. Shouldn’t I feel sorry for such a great city?” (4:10-11)

An angry Jonah said it best: “God is gracious and compassionate, slow to anger and filled with unfailing love.” Jonah sought righteous judgment against his hated enemy but God extended forgiveness.

We seek judgment and victories while God provides compassion and grace. Can we learn from God?

Whether the subject is Racism, Nuclear Proliferation, Universal Health Care, Immigration Reform, Abortion or Homosexuality. Whether you are conservative or liberal, Republican or Democrat, White or Black, we should think, act and behave with an attitude of grace. We are challenged as Christ’s church to provide a sanctuary where the incredible wealth of God’s love and grace is taught and displayed.

Bishop Sharma Lewis offered this prayer for Charlottesville: “At a time when fear and hate are so readily in our faces, I would ask that you pray with me. Pray for the loss of life and the injured. Pray for those acting from hate. Pray for calmer heads to surface. We, as The United Methodist Church, must witness to others what prayer can do in times of fear and hate. Charlottesville is a city hurting in many ways, so we pray for the restoration of calm, civil order for the community and its people today and in the days ahead.”

Jermaine Watkins an African American pastor at Journey Church in Charleston spoke to a group of religious leaders shortly after the 2015 shooting at Emmanuel AME church that took the lives of nine people including their pastor. Rev. Watkins declared, “what unites us is stronger than what divides us.”

To hatred, we say no way, not today.

To racism, we say no way, not today

To division, we say no way, not today.

To loss of hope, we say no way, not today.

To a racial war, we say no way, not today.

To racial fear, we say no way, not today.

To reconciliation, we say yes.

As Christians we have an opportunity to say no to hatred, to racism, to division, to the loss of hope, to racial war and no to racial fear. We can instead say yes to reconciliation, love and God’s amazing, grace. 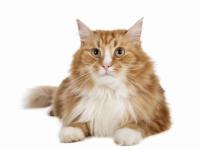