Years ago, the peace and tranquility of our area was shattered by two tragedies.

The first was a suicide. She was well known and loved so the news was a devastating surprise. We will never know what drove her to end her life but we know the awful impact her suicide has on friends and family left behind. Combined with the grief and pain of losing a dear loved one are added burdens of guilt and the constant stream of questions:

On that same day, a newspaper headline reported: “Child dies after being struck by truck.”

This was every parent’s worst nightmare. A little child, distracted by a puppy runs onto the highway at exactly the wrong moment. Two parents and a lone automobile driver are left with the same burdens of guilt and the awful “what if” questions.

What if we had watched her more closely? (She was closely watched.)
What if we had kept her inside? (She loved playing outside.)
What if the driver had been more alert? (He was not alert.)

I only wish there was an easy answer that would ease the pain and relieve the burden of guilt they must endure. But as Christians and neighbors we can and should do something. 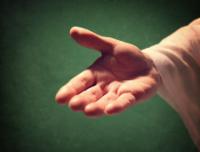 How could we respond to help those involved in tragedy?

A horrible response is what I call the gossip factory. Endless debates over who did what to whom. Most of the chatter is about false rumors and meaningless conjecture, in the end accomplishing nothing but adding useless slander to already broken lives.

Others responded with silence, not knowing what to say and continued with their busyness. This too is a horrible response giving the impression they didn’t care or want to be involved.

The compassionate response took considerably more courage and effort. Several families visited the husband of the woman who committed suicide and took him and his daughter into their home. During the funeral and visitation other friends stayed near the daughter, holding her hand and letting her cry.

Several pastors and other church members gave their time to be with the family of the child who was killed and helped them cope with their grief. The driver, meanwhile, also received help and counseling from other churches who worked to help recognize his mistakes but not to be consumed by them.

How would you respond if this happened in your neighborhood?

Paul once gave this advice to fellow Christians in a town called Corinth. “But just as you excel in everything — in faith, in speech, in knowledge, in complete earnestness and in your love for us — see that you also excel in this grace of giving.” (2 Cor. 8:7)

As Christians we are judged not on our church attendance, Bible study, Hymn singing or the size of our church plate offering. These things help us become better Christians, but in the end we will be judged by how we respond to the world around us. Two tragedies serve to remind us, how we should respond as Christ-filled, compassionate, caring people.

Recently I read that to share with grieving loved ones a memory of the departed is the most appreciated thing to do.

What a week! If this is typical of 2022, we are in for a rough ride. We need a word of encouragement but instead, I am studying Jesus in the Gospel of Luke. Maybe I need to change my topic? Then as the week progressed, I asked questions: