Years ago, I was pastor of three churches trying to make a difference in Amelia County. The three churches were doing ok but I strongly felt we needed to do more for our community. The weekly paper, “The Amelia Bulletin Monitor” seemed to be a logical place to seek ideas, so one morning I walked into the newspaper office to ask for help and share my desire to write a weekly column. 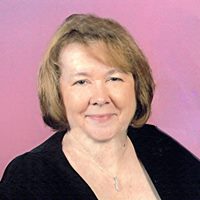 What I remember about their office is that it was extremely busy, chaotic, cluttered with papers, cameras, photographs and crowded. I remember the overpowering aroma of cigarettes and coffee. In the middle of everything was Ann, barefooted, sitting in front of her computer, talking and writing.

But in the midst of her busyness, Ann dropped everything, sat me in the middle of the table, placed a cup of coffee nearby and listened. Before I left, they agreed to let me write a weekly column.

That column and the continual encouragement from Ann Salster made a difference in my ministry. When columns became books, Ann became the publisher, arranged the artwork and even helped with editing. The newspaper office became a place to test out ideas for the church or community. Each week you could find me in that chaotic atmosphere sharing ideas, discussing events or hearing local news.

Three Things stand out when I remember Ann:

Ann had tremendous respect for Pastors and Churches. Her love of God was abundantly displayed in the way she treated others, especially those who were often ignored, mistreated, poor, sick and struggling.

In the Gospel of Luke, one of my favorite stories is when Jesus talks about a man who was robbed and beaten and left on the side of the road to die. Two religious leaders passed by ignoring the calls for help while a Samaritan, not only hears the cries for help but responds with abundant compassion. I believe that story in many ways defines Ann and her philosophy about life and serving God.

Amelia County will miss Ann Salster but her legacy will live on in the hearts of her many friends, the newspaper she managed so well and in the lives of those impacted by Christmas Mother.

I too owe Ann a huge debt of gratitude for helping a struggling pastor find and strengthen his calling in service of God.