She rented an apartment with a front porch, so she bought flowers, pots and fertilizer and turned her porch into a beautiful garden. Everyone paid her compliments. Then her flowers began to die. She had no idea what to do. She was an accountant, not a gardener. At first, she covered up the bald spots with plastic flowers. More real flowers died, more fake flowers appeared. She even pretended to work in the garden, watering plastic plants and waving to passersby.

But everything fell apart, when a visitor stopped to admire the pretty flowers, walked onto the porch, reached for one and quickly pulled back when he realized the flowers were fake.

Okay – she plants flowers, maybe for the first time and it works. Not only do they look good, but they are noticed by others and people look at her differently. But then things become more complicated. Maintaining a beautiful garden turns out to be more difficult than she imagined but rather than risk admitting she did not know what she was doing and ask for help, she began to fake it. For a while, she succeeded but everything soon became unraveled.

In case you haven’t noticed, this column is about risk. I can’t imagine anyone has ever escaped life without taking at least a few risks. Some of them work out, while others don’t but one thing I’ve learned over the years. The answer is never to stop taking risks. The answer is how to make better decisions whether you take a risk and how to manage that risk once taken.

Managing our physical, mental, emotional, and spiritual health involves some risk taking. Do we just let things go or do we take the active steps needed?

Our lady took a risk planting a garden. However, when it came to managing her risk or taking additional risks, she fell short. So the lesson? “She is no gardener and should never, ever try planting anything again?” Of course not, but instead of faking it she needed to take the risk of revealing herself as an inexperienced gardener and ask for help.

Teddy Roosevelt said: “The credit belongs to the one who is actually in the arena, whose face is marred by dust and sweat and blood; who strives valiantly; who errs and comes up short again and again; who knows the great enthusiasms, the great devotions, and spends himself or herself in a worthy cause, who at best knows the triumph of high achievement; and who, at worst, if he or she fails, at least fails while daring greatly, so that his place shall never be with those cold timid souls who know neither victory nor defeat.

A sign in my office says: “Let your faith be bigger than your fear.

In order to live the life you are meant to live and to live it fully there are risks. You cannot love without risk. You cannot care for someone or some cause or some group without risk. There is always the chance of failure and rejection.

2021 is fraught with huge challenges. The demands of dealing with the pandemic have stretched us like never before. We live in a time that cries out for the church to take bold steps in reaching out to our neighbor. The need for creativity and assertiveness has never been greater.

Are their risks involved? Sure. It’s not easy or comfortable to compassionately reach out to others: Not easy but desperately needed.

“Let your faith be bigger than your fear.”

Rev. Berlin writes about a friend’s son struggling with online education during the pandemic. Second grade was just not going well for him. One day, he burst into his mother’s kitchen in tears.

His mother looked at her son and said, “What did I tell you?”

He replied: “That I can do hard things.”

Starting to sniffle, he replied: “Because you love me.”

“And do you believe that I love you?”

“I do love you. You are very smart, and you are a hard worker. You can do this. Now get back down to your desk.”

Sometimes we need encouragement to stay at it even when it’s hard. And it never hurts to throw in lunch.

The lesson and prayer this week? “Let your faith be bigger than your fear.”

So much better than attempting to water fake flowers.

Another realistic but deeply meaningful devotion. I assume Tom Berlin is the pastor you refer to in the vignette about the mother and son. What a WONDERFUL anecdote and lesson in these trying times to fall back on and gird ourselves to face “hostile” conditions toward our worldly goals and aspirations.
Blessings in your wonderful work in strengthening our spiritual lives, Larry.

Thanks Becky. Yes that is the same Tom Berlin. He is such a good pastor and writer. It’s always so good to hear from you. I hope to see you again, sometime soon. God bless, Larry

This site uses Akismet to reduce spam. Learn how your comment data is processed.

As a pastor, I see so many examples of miraculous healing, but I also witnessed more situations where a miraculous healing was wished for, prayed for but the answer was not what was hoped for. One example happened many years ago in a small town near Amelia, Virginia.

Why I Am So Passionate About the Plight of People at our Border! by Lynn Coburn

I don’t know the story behind each person waiting at our border hoping to have a better, safer, happier life or to provide a better life for their children here in the United States. But I do know it was a dangerous journey to get there and they need help while they wait for their turn to enter and be reunited with family members and/or sponsors who are in the United States. Most of the men have had their shoelaces and belts taken away from them. The women often arrive with no panties. Many have survived assaults and had their possessions stolen on the way. 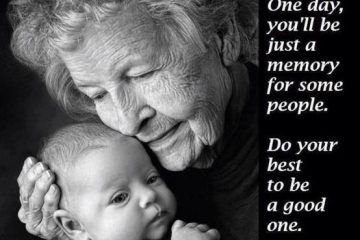 Years ago, I attended a funeral for a pastor who served faithfully for over 30 years. People from each of his churches were there along with pastors and friends. At one point during the service a microphone was set out for anyone who wished to speak. There were many wonderful stories about the pastor and his wife but there was one woman who said something, I will never forget.