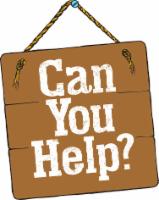 Problems can become opportunities for growth. Well, I had a problem. I encouraged visitors to our SowingSeedsofFaith.com Website to share concerns through an interactive web page, entitled “Prayer Needs.” Over the next few weeks, I received nearly one hundred requests for prayer from around the world. Here are a few examples (Names changed and requests edited):

I personally answered each request with encouragement and prayer but each day three to four more emails would arrive. Soon the requests for prayer were overwhelming. I was unable to meet the needs.

I wanted desperately to suggest words of hope that would articulate God’s love and grace to everyone but at this point the person needing the help and solid scriptural guidance was me.

“Several respected leaders asked Jesus to come and heal the slave of a Roman officer who was near death. Before they arrived, however, the officer sent friends to meet Jesus who said, “Lord, don’t trouble yourself by coming to my home, for I am not worthy. Just say the word from where you are, and my servant will be healed. I know because I am under the authority of my superior officers, and I have authority over my soldiers. I only need to say, ‘Go,’ and they go.” When Jesus heard this, he was amazed. Turning to the crowd, he said, “I tell you, I haven’t seen faith like this in all the land of Israel!” And when they returned the slave was healed.” (Parts of Luke 7:6-10)

On the surface, Jesus using a Roman officer as the main character in a lesson about faith makes no sense. Unless that is the lesson – it was the Roman Officer, not the religious leaders who grasped exactly Who Jesus was. “Just say the word from where you are and my servant will be healed.” While the religious insiders were holding debates, an outsider; a Roman officer went from debates to faith to action.

That’s when I realized: I was the religious insider who neglected to trust in God’s authority and help that was available to me. The Roman officer understood faith better than me. But — It’s never too late to change and ask for help. I wrote earlier: Problems can become opportunities for growth. Well, my problem did become an opportunity for growth. I reached a turning point in my life and ministry.

Next week: Find out how I made critical changes in my life and ministry. Meanwhile, go to our website at www.SowingSeedsofFaith.com check out our prayer ministry and sign up to be a prayer partner. You may also ask for prayer yourself and many around the world will join together.