A few years ago, I watched the movie “42” about Jackie Robinson, one of the first African-American Major-League Baseball players. In one scene, the opposing coach was taunting Jackie as he came up to bat. His loud racist remarks were vicious and cruel. Frustrated, Jackie swung the bat at a bad pitch, hit a fly ball and was easily put out. All the way back to the dugout, the taunting words of the opposing manager followed him. “You’ll never make it, (racist remark). Your kind never will.” 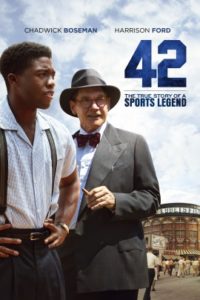 Jackie stomped angrily back toward the dugout, through the players to a tunnel underneath the stadium. Alone, he began to furiously beat his bat against the wall: screaming in pain and agony. Branch Rickey, the manager, appeared as Jackie shouted over and over, “How much more can I take? How much?”

Branch put his arm around Jackie and gently replied, “If you go out and retaliate, the papers won’t report what that manager said, they will only write that Jackie Robinson fell apart. You couldn’t take it.”

Jackie then asked, “What am I supposed to do?”

Branch said, “Get a hit, steal a base, score a run. Do your job and you will ultimately prove him and all of your detractors wrong. Jackie, you need to go out there and do what you do best.”

Somehow, Jackie found the courage to follow Branch Rickey’s advice. He would make a hit, steal a base and score a run and continued to do so throughout the season. Today, Jackie Robinson is honored as one of the greatest baseball players who ever played. His number “42” is retired from every team in Major League Baseball except for one day each year when every player wears “42” as a tribute to this remarkable man.

Jackie Robinson displayed incredible courage in the face of persecution.

As we struggle with what took place in Charlottesville, Virginia recently, we are challenged to respond to the Neo Nazi’s, Ku Klux Klan, White Supremacy and other hate groups. As Christians, we’re encouraged to take a stand against the hatred and violence but how? Expressing anger, complaining, talking trash politics and promoting equally violent responses of any kind will only provoke more of the same.

So, as Jackie Robinson exclaimed in frustration: “What am I supposed to do?” As Christians, as leaders, if we take our faith seriously, we must set an example of faith in the midst of persecution. We will be teased, taunted and challenged in many ways. Our temptation is to strike back, get angry or get even.

Yet Jesus says, “When someone hits you on one cheek, offer the other.” Jackie Robinson displayed incredible courage in the face of persecution.

Striking back seems courageous but others will say that “you” fell apart. You couldn’t take the pressure.

So what do you do? Branch Rickey said: Do your job and do it well. Keep a smile on your face and keep doing what God would have you do. That is the only way to ultimately prove your detractors wrong.

The Bible says, “He has showed you, O man, what is good. And what dos the Lord require of you? To act justly and to love mercy and to walk humbly with your God.” Micah 6:8

So, what would be an appropriate response for Christians and churches everywhere?

We can be the church in the midst of the racial hatred and strife surrounding us. We learn to stretch our friendship comfort zone beyond our group of immediate friends and establish relations with people from other cultures, races and economic status. As a church, we establish better and more diverse relationships within our community. As Christians and leaders in our community we set a more visible example so our witness shines like the light of God we are called to be?

Years later, looking back on Jackie Robinson’s career, Branch Rickey said: “I was watching a little league game and saw several of the boys rubbing their hands in the dirt and practicing their swing. They were swinging their bat the exact same way they saw Jackie Robinson do it.” Branch then said, “Think about it, those white children were imitating you, Jackie. You are their hero.”

As for the opposing manager who taunted and ridiculed Jackie Robinson? After that season ended, he was fired and never managed a major-league baseball team again.

Persecution, taunting and cruelty happens and will likely threaten you someday. What happened in Charlottesville can just as easily happen in your community. How will you respond? Will you have the courage to do what is right, regardless of the consequences? Can you do your job and do it well? Can you keep a smile on your face? Can you turn the other cheek but still speak up for what is right?

What God requires of us is to act justly, to have mercy and to walk humbly with God.