“Recently, my husband and I visited your church. We received along with everyone else, a gift: a $10 bill. We were encouraged to either multiply the gift and bring the proceeds back as an offering or use the gift for one or more acts of kindness. After the service, I asked if you would mind if I took the $10 from your church and applied it in a way that would help a friend in York, Pennsylvania. You graciously encouraged me to do so and write about it.”

A church giving away $10 bills? Whoever heard of such a thing? Especially in September when most churches are having stewardship campaigns to raise more money, not give it away!

“My wife and I know a waitress who recently had surgery and is the sole support for her husband (disabled) and 2 sons. We gave her a $20 tip.”

Jesus told this parable: “The Master called together his servants and gave them money to invest for him while he was gone. He gave five bags of gold to one, two bags of gold to another, and one bag of gold to the last—dividing it in proportion to their abilities—and then left on his trip.” (Matthew 25:14-15)

“When I went to my auto repair shop I added $20 to the $10 – making $30 for the mechanic to reduce a repair bill for someone who needed help.”

“I’m a 10-year-old kid who took the money you gave me and added my six dollars allowance to buy food for the pantry at our church.”

Why would Jesus talk about a rich guy giving money to three employees to invest? Employee number one, doubled the investment as did employee number two. Both received praise from the boss: “Well done!” But the third employee hid the money under his mattress and then returned what was given. The boss became red-hot angry and immediately fired the worthless employee. Ouch!

“While grocery shopping I noticed an elderly lady using a cane to walk. I offered to buy her groceries. She told me she lost her husband years ago and had hip and knee replacements and now has stomach cancer. That gesture was the nicest thing anyone had ever done for her. What a great feeling!”

The lesson? To those who use well what they are given, even more will be given, and they will have an abundance. But from those who do nothing, even what little they have will be taken away. (Mat. 25:29)

“A 12-year-old boy who attended our local middle school last year was hit by a car while riding his bike. He died a week later. We decided to use our $10 along with some of our money to donate to his family – who could not afford a funeral.”

I asked our church: “Suppose we teach this lesson by giving each family $10 and challenge them to either look for ways to multiply the gift and bring the proceeds back as an offering or use the gift for an act of kindness. One person said, “I can’t wait to see the look on their faces when they open the envelope and see that our church is giving them money! What kind of church does that?”

“I was one of the people you mentioned would get stressed out over what to do with our $10. I decided to make it a family project and discuss it with our 3 sons. They came up with all kinds of ideas! We landed on purchasing boxes of cereal for the food pantry at school. The thought was to help as many people as possible; however, it quickly turned into a competition. What happened is that when the other students saw them carrying in boxes of cereal they gave generously too.”

“I am the Executive Director of a non-profit in Nashville, TN.  We received $20 as a gift from your church’s giving challenge. We disciple married couples through Christian premarital and marital counseling which we offer at no cost. I wanted you to know your church is making a difference here in Middle TN.”

What were the results? Numerous acts of kindness in our community and beyond. Increased awareness that even a small amount of resources, used with creativity and prayer can make a huge difference! The realization that practicing extravagant generosity can be life changing for the giver as well as the receiver! Not a bad lesson for $10.

“Our family struggled to come up with something.  My little boy wanted to use our $10 to buy the church a dog.  He said the Pastor could take turns taking care of it. We didn’t do that! We are donating $10 as a tip for the Community Café!”

The song on the radio was an old sixties hit, “For What It’s Worth” by Buffalo Springfield. Stephen Stills wrote it as part of a youth protest of anti-loitering laws in California, but today, those same words could easily apply to many of today’s problems.

Two churches once separated by denomination and race learned to work together and discovered the real meaning of loving our neighbor as ourselves. Today, as our country seems more divided than ever, this story reminds me of God’s desire for us to truly love our neighbor. 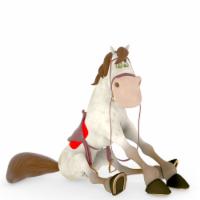 If our traditions hold us back from fulfilling our ultimate mission, then we need to take a serious look at ourselves and consider what it means to change. If we spend more time preserving what we have and less time looking for ways to serve, we are riding a dead horse. As much as I respect and love our church, my primary mission is to serve Jesus Christ.