The way it all would end

The way it all would go.

I enjoy listening to Garth Brooks, “The Dance,” but years ago something happened to give the lyrics new meaning as “The Dance” became part of a story of human tragedy and courage.

“I’m going to die!” were the first words of a young man, barely thirty who met me at church. He was returning from a doctor where he learned, he suffered from a rare form of cancer along with other medical complications that would make it impossible for him to survive more than a year.

I didn’t know what to say? What could I say? What mere words could possibly ease the pain and suffering this young man faced? For a while there was only silence and soft weeping.

Then, what he said next sent a cold chill down my spine. “I don’t know if I can face what is going to happen over the next few months. Maybe I should just end it all now!”

“Maybe I should end it now?” Was he serious? Was he considering suicide?

The World Health Organization (WHO) estimates that each year approximately one million people die from suicide, which represents a global mortality rate of 16 people per 100,000 or one death every 40 seconds. It is predicted that by 2020 the rate of death will increase to one every 20 seconds. Multiply that figure by at least two if you add suicides reported as accidental deaths. Multiply by 12 if you consider those who attempt suicide or self-harm. If suicide was a disease, it would be an epidemic. The emotional impact of suicide on families and friends is devastating.

I guess we could have discussed the issue of suicide but a certain young man crying in a small church did not want to hear statistics. He wanted and needed honest answers to face an extraordinary tragedy.

Some would see this as a Biblical signal to end it all, but read the rest of the verse: “If I walk in darkness without one ray of light, let me trust the Lord, let me rely upon God.” (Isaiah 50:10) Far from giving up, Isaiah is implying this is the very time to place our lives totally in the omnipotent hands of God.

Suicide is never a good option because the act of committing suicide is the ultimate denial of our faith. God can forgive anything, even suicide but there is another way, a better way.

What happened next to the young man contemplating suicide demonstrates how God can work miracles as he rediscovered his courage and learned to fully trust and rely upon God.

A dying man changed and as he changed, his courage became a witness for the family and for all of us.

One Sunday morning, this same young man and seven other members of his family came forward to be baptized. The final months of his life became a testimony of courage and faith. At the Baptism, he spoke of the inspiration he received listening to, “The Dance.”

The way it all would end

The way it all would go.

His final weeks of life moved from bouts filled with fear to a quiet acceptance and trust. He died peacefully, surrounded by his family, his friends and his church. The funeral service ended with everyone bowing their heads and listening to “The Dance.” The words still burn in my heart every time I hear the song: “I could have missed the pain, but I’d have had to miss the dance.”

God’s promise amidst tragedy and suffering? “Trust in the Lord: Rely upon God!”

Are you considering suicide? Call the National Suicide Prevention Lifeline at: 1 (800) 273-TALK. They are open 24 hours, 7 days a week. On the web: www.suicidepreventionlifeline.org.  Recently, the FCC recommended that 988 be designated as a national crisis hotline. Lifeline. 988 is NOT CURRENTLY ACTIVE and will not connect callers to the Lifeline.

In other words, Lent is an opportunity to pause from the intensity of daily living and reflect on the meaning of Christ’s life, death and resurrection. Sounds simple enough but I often come up short. The following prayer by Robin Van Cleef describes the difficulties of attempting to deepen your spiritual life. 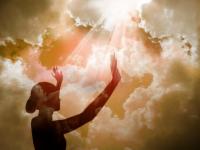 How could I learn to create balance that included less "work at it" time to more "faith in You" living? Without ignoring my obligations, how could I carve out more time to listen, to discern God’s will? 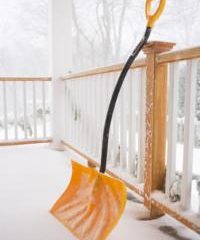 Within a few short hours, we had a cluster of houses with clean driveways. More importantly, neighbors started crossing over to visit and say thanks. Soon people were going back and forth giving away cookies, coffee, soup and whatever was needed. Others started coming outside to talk and play in the snow.