A Lynchburg College Student from Afghanistan

Published by larrydavies on October 3, 2012

Several months ago, I had lunch at the Lynchburg College cafeteria with Husnia, a new student from Afghanistan. I found her story fascinating and wanted to share it with you. Husnia is available to speak at any of our churches. She is very respectful and appreciative of the opportunities offered to her by the United States and is eager to share her story. You will learn a lot about the oppression of the Taliban and have some appreciation of why the men and women of our armed forces are there.  She is also interested in raising donations for one of her brothers who has received sustained damage to his ear that needs surgery because of a beating at the hands of the Taliban. 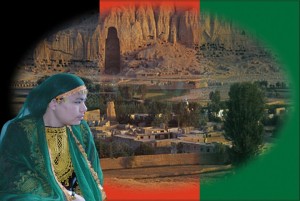 Below is an edited version of a story written by a fellow student at Lynchburg College, Shannon Brennan.

When Husnia came to the U.S., she had never been able to walk the streets alone, ride a bicycle, fly a kite, or swim — much less speak her mind. She had to go to school in secret — in the houses of people brave enough to risk teaching girls under Afghanistan’s brutal Taliban regime. Husnia knows girls in her city who were killed for attending such a school.

“I pretended I was going shopping,” she said. Husnia carried her notebooks in a shopping bag and, in the escort of a brother, took different routes to the house where she learned about all the things the Taliban didn’t think girls should know.

Her courage was even more amazing, given the fact that her father had been beaten to death by the Taliban when she was only 6. Husnia said her family speculates he was attacked simply because he was Hazara, an ethnic group targeted by the Taliban.

Husnia’s secret struggle for knowledge ended after the U.S. invasion, which knocked the Taliban down, but not out. Beginning in third grade, Husnia attended an all-girls school openly. Two years ago Husnia left Afghanistan for Virginia as part of an exchange program.

Husnia is still reluctant to share her last name and hometown with the wider world, but thanks to a full scholarship from Lynchburg College, she has four years stretching in front of her to learn all she can both in and out of the classroom. “I came on to the campus and fell in love,” she said. “My favorite place is the library.”

Husnia grew up in a two-room house with four brothers and two sisters. They had no furniture, and slept and ate on mats on the floor. They retrieved water from a well in their yard, where they also did their cooking. While that lifestyle may seem primitive to us, Husnia said it allowed her family to be close and connected. “We share everything,” she said. After her father’s death, her mother sewed, knitted, and did carpet work and her brothers sold vegetables to keep the family together.

She retains the practice of wearing a scarf, a Muslim tradition that keeps her connected to her faith. “I am not how I look,” Husnia says. By wearing a scarf, she added, people have to get to know her personality.

Husnia said she was a bit concerned about Lynchburg being a conservative area and she wasn’t sure what sort of reception she would find here. The LC community, however, has been great, she said. People ask her about her scarf and about her religion and she’s happy to explain. “I’m here to teach people about my culture,” she said. “Islam is beautiful.” She adds, however, that her religion has been corrupted to subjugate women. “As a woman in Afghanistan,” she says, “I never had a chance to talk.”

The opportunities that have come Husnia’s way in the last two years are still a dream for her friends back home. “Since I’ve been here I’ve learned how to swim; I’ve learned rollerblading,” she said. She wants to learn to drive and ride a bicycle. She would like to see an American wedding. “I’m very open to learn about different cultures and learn about different holidays.”

She still experiences waves of homesickness. She can only get a message to her family when they can get to an Internet café. Her mother can rarely risk the trip, so it’s usually a brother who sends a short message. It’s expensive. Husnia also misses her native food, which consisted primarily of rice and a thin soup with meat and vegetables. It is customary to eat bread with your hands.

Husnia was last home this past summer, and the reality of war is still around. There were three suicide bombings in her city while she was there and a friend’s uncle was killed. The Taliban are still there, just not so visible. Undeterred, Husnia taught young girls how to use the Internet, Facebook, Skype, and email at an educational center supported by the U.S.

The invasion of Afghanistan by the U.S. had pros and cons, Husnia said. Girls can now go to school, but war has not gotten rid of the Taliban. She fears the violence and corruption will return full force as soon as the Americans leave. The only way to change things is through peaceful negotiations, she said.

Despite her mixed feelings about the war, she is thankful for her chance to be in the U.S. “I’m really grateful to so many people,” she said, noting that her mother took the risk of sending her here and LC was willing to give her a full scholarship. While she hasn’t settled on a major, Husnia is learning toward health sciences. There are not enough female doctors in Afghanistan and some women are not permitted to seek care. Afghanistan has the highest maternal mortality rate in the world.

“The students here have a chance to explore their dream,” she said. “No dream is impossible in the U.S.”