The following Bible story is not one people usually remember, yet it is this story from Chapters 6 and 7 of 2 Kings in the Old Testament that gave me the courage to take a leap of faith and leave the business world to become a pastor in the United Methodist Church.

Here is the story: The city, Samaria in Israel was surrounded by the enemy and slowly starving to death. Bird droppings and donkey heads were being sold on the streets for food. Even little children were being fought over by parents to be eaten as food. Humanity had sunk to its lowest possible level. It could not get any worse. 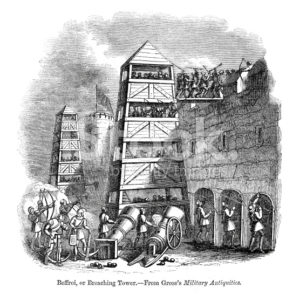 A prophet named Elisha confronted the leaders with a message. “By this time tomorrow, there will be so much food that bushels of flour will be sold on the streets for pennies.” One leader stood to question such a bold prophecy and the preacher pointed his bony old finger in his direction and replies: “You’ll see it with your own eyes, but you will never taste any of it!”

What a prediction: A city going from famine to feast in 24 hours? From donkey head soup to a chicken in every pot? Does it sound like election year politics with too many empty promises? But this promise is not made by politicians but by God. But how? There would have to be a military victory followed by an economic miracle and all occurring in one day!

What could God possibly do to accomplish all this?

Meanwhile, in another part of the city, near the outside wall were four men with leprosy, a gruesome disease believed to be highly contagious. Anyone with leprosy was considered an outcast from society. These poor men could not even remain in the city to starve with the rest of the people. They were shunned, feared and abandoned.

One leper had an idea. “Why stay here to die? Let’s go to the enemy camps outside the gate and surrender? If they spare us, we might get some food and live. If they kill us…hey we’re dying anyway!” They all agreed, so in the middle of the night, four starving lepers shuffled and hobbled their way down the hill to the enemy camp to surrender and hopefully get a meal.

The sound of the lepers shuffling feet was somehow magnified to resemble the attack of a mighty army. The sleeping soldiers heard the noise, panicked and ran for their lives leaving their weapons, clothes and all of their food behind. What made these hardened soldiers run? The sound of four sick, starving lepers stumbling down the mountain to surrender.

As the lepers reached the camp they were greeted with silence and the inviting aroma of fresh pepperoni pizza. “It’s party time!” one shouted. They ate and drank, carried away money, clothes and all the food they could eat.

Then they said to each other: “We’re not doing right. This is a day of Good News and we are keeping it to ourselves. We must report this to the city.” So the lepers went back to the city.

At first the leaders didn’t believe the lepers shouting outside the gate, but they sent a scouting party and found everything to be true. The enemy ran away leaving everything behind. The gates were opened and everyone rushed out to eat and take away whatever could be found. Food was so plentiful that a bushel of flour could now be sold for pennies as predicted. The leader who originally questioned the preacher was assigned the duty of counting everything that was brought back. In the confusion, he was trampled to death, all as the prophet, Elisha, predicted.

But Larry, what can we learn from this strange story?

• Tragedy is a part of life: The city is suffering just as you and I occasionally suffer.
• God is represented by Elisha in the midst of our tragedy: God never abandons you.
• The lepers made an important first step in recognizing the reality of their situation.
a. Next, they had the humility or the desperation to ask for help.
b. Then, the lepers took shuffling steps of faith toward change
• Ordinary Humans are often used by God to accomplish miracles: Four Lepers?
• Our bold faith and willingness to take risks honor God: This means you.

If God can use four lepers to accomplish an audacious miracle, just think what can be done with you and me! Which is why we come to church. In church we learn to face the reality of where we are and take those first tentative steps toward the miracle of God’s ever-present help and grace. Each Sunday offers the opportunity to draw closer to God and seek God’s will.

1. How can I grow closer to God and learn more about what I’m called to do and be?
2. How can I carry out that calling within the people you’ve put me with: the church?